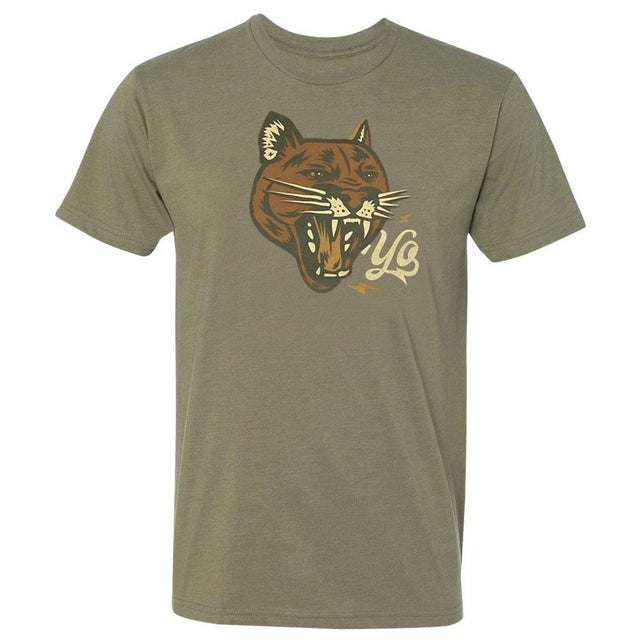 This graphic tee is a celebration of the cougar, aka mountain lion, who is rarely spotted by humans because of their secretive and solitary nature, not to mention they inhabit some of the most remote regions of the Rockies Mountains where man rarely ventures. Thus they were named "Ghost of the Rockies" by First Nation people, which seems an apt handle for these mysterious creatures.

Created by designer Brooks Engel of Nowhereland as part of the Artist Series collection.